In 2018 the Pennsylvania Harm Reduction Coalition (PAHRC) embarked on an unlikely journey with the Pennsylvania Sheriffs Association (PSA). Funded by a grant from Bloomberg Philanthropies and working closely with Vital Strategies, our organization stepped into uncharted waters.

In that same year almost 5000 Pennsylvanian’s died of a drug overdose — a rate that’s close to double the national average. The data paints a grim picture but remember these are lives. Each death is a life lost, a wounded family, and a community harmed in endless ways. This we cannot accept.

In 1980 over 40,000 people were incarcerated for drug crimes, today that number is almost 500,000 — an increase of 1,000 percent. Nationally, almost 70,000 people died of an accidental drug overdose in 2018, exceeding deaths from firearms, car accidents, and HIV/AIDS. The financial cost is staggering. The White House Council of Economic Advisers estimates almost $1 trillion is lost each year to the disease of addiction — and things aren’t improving.

Our most basic needs for survival are food, water, warmth, and rest, but a person is only able to maintain these things if they first have safety and security.

When someone is living on the street, it takes a huge amount of effort, on a daily basis, to stay on top of these basic needs.  Resolving the issues that led them to be on the street might have to take a back seat. People tell our staff all the time that, prior to housing, they wanted to do something about their underlying issues, but living was the priority. Dealing with serious mental illness, trauma, substance use, or lack of independent living skills are absolutely important, but you might not know-how to start if you also don’t have a picture where your next meal is coming from, or whether you will find shelter during the next heatwave.

In 2018, almost 70,000 Americans died from a drug overdose, and among those two thirds were associated with opioids. This is higher than deaths from HIV, car crashes and gun violence at their highest levels. Recently, U.S. life expectancy dropped for the third year in a row, which represents the longest sustained decline in expected lifespan since 1915-1918, a time when World War I and the influenza pandemic claimed many lives. The primary cause — illicit fentanyl and other synthetic opioids in the drug supply.

Synthetic opioids are found in most overdose deaths

Today’s drug supply is heavily tainted, and frequently contains illicit fentanyl (a synthetic, short acting opioid), a drug 50-100 times more potent than morphine. The potency leaves little room for error and makes overdose risk high. Fentanyl and its analogs claimed over 30,000 lives in 2018 (40% of all overdose deaths). In Philadelphia, illicit fentanyl was found in over 85% of overdose deaths in 2018. The reality is that we are dealing with an ongoing fentanyl crisis that supply side strategies can’t fix. What we can do is use smarter approaches to reduce harm and save lives. 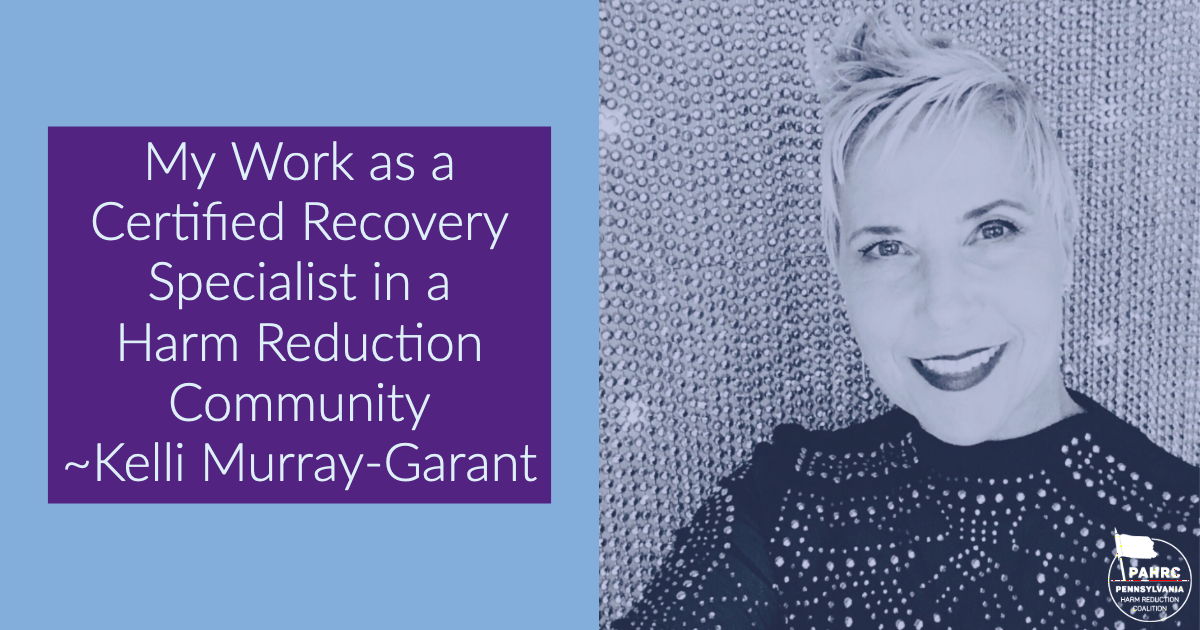 As my disease of addiction progressed and moved through my life like a tornado twisting and turning and eventually separating me from society. I became isolated, hopeless and had sacrificed everything that was once precious to me it took away my job, my marriage, home and the loving relationships with my family. I was disconnected from the world as I once knew it and was in full flight of reality. The fact that I’m alive today is nothing short of a miracle.

We are incredibly grateful that Lois has agreed to support our mission at PAHRC by taking us on as a pro bono client and support our work on expanding access to sterile syringes for people who use drugs. Working with her comes at a critical time for our organization and for the state of Pennsylvania. She will be an invaluable resource as we continue to advocate for much-needed changes that help improve the quality of life for people who use drugs, people in recovery, and their communities.

One of these much-needed changes include implementing Syringe Service Programs (SSPs) across Pennsylvania. SSPs, also referred to as needle exchange programs, syringe exchange programs, or syringe access programs, reduce the spread of HIV and Hepatitis C, reduce overdose deaths, and increase entry into substance use treatment (people who interact with SSPs are five times more likely to enter treatment).

For many, the reality that harm reduction and recovery go hand in hand can be challenging to see.  The idea that people ought to be engaged, supported and empowered, even while actively using substances and without the requirement of abstinence, can be difficult for many who view abstinence as paramount to recovery.  Some people living in recovery may believe that the act of supporting people while in their active substance use and allowing them the right to use can serve as a barrier to people finding recovery –  this line of thinking typically comes out in statements such as “we are preventing people from hitting rock bottom, and hitting rock bottom is necessary for people to be ready for recovery.”